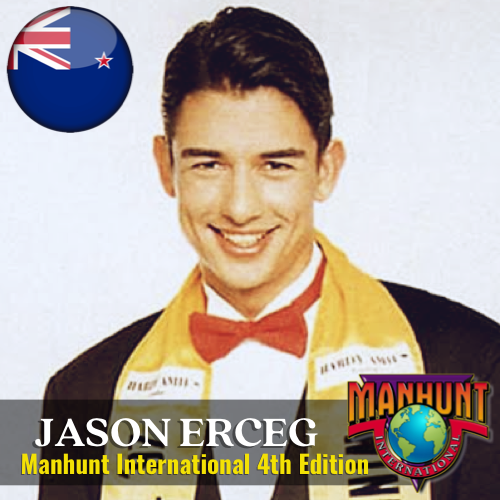 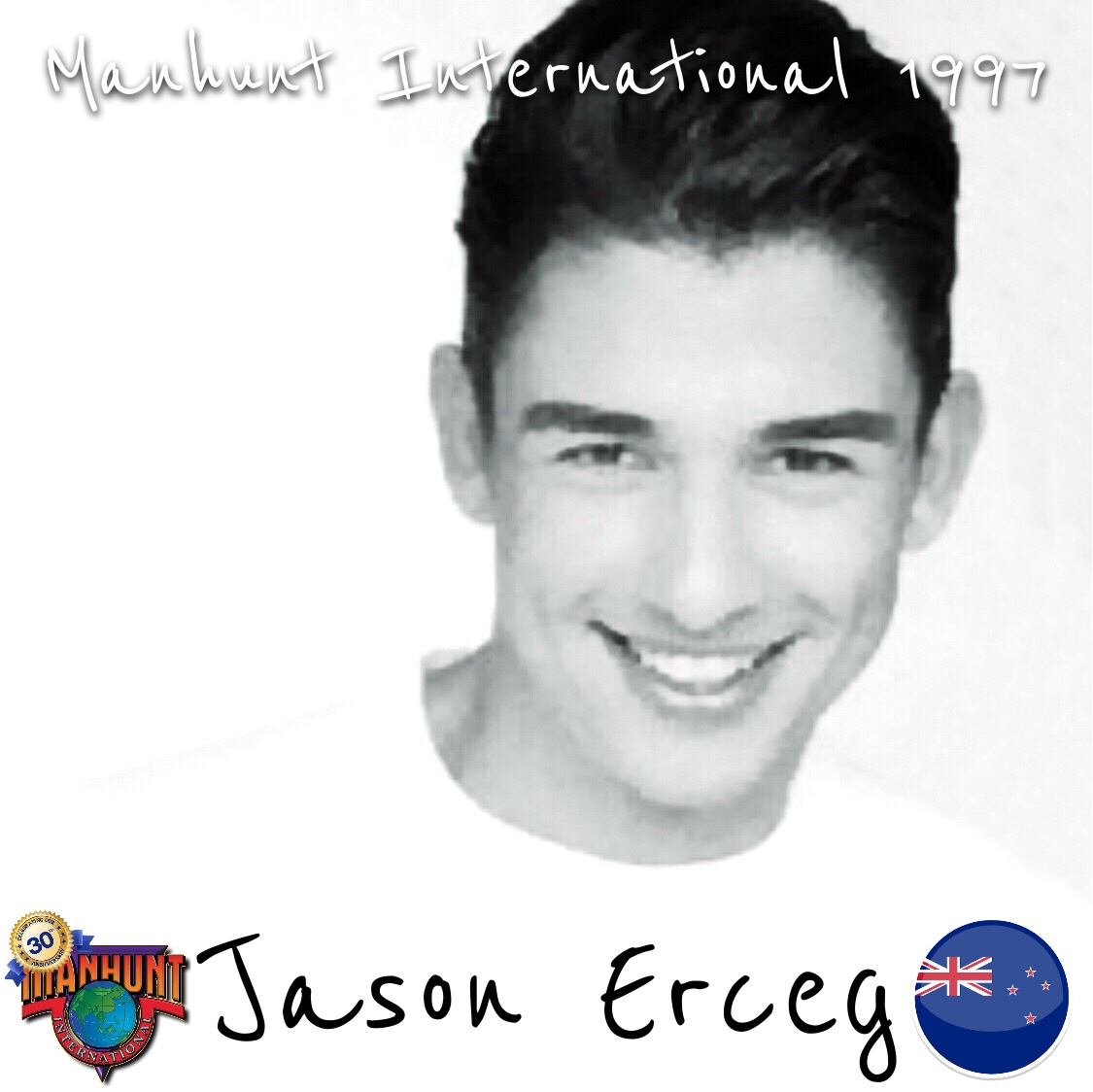 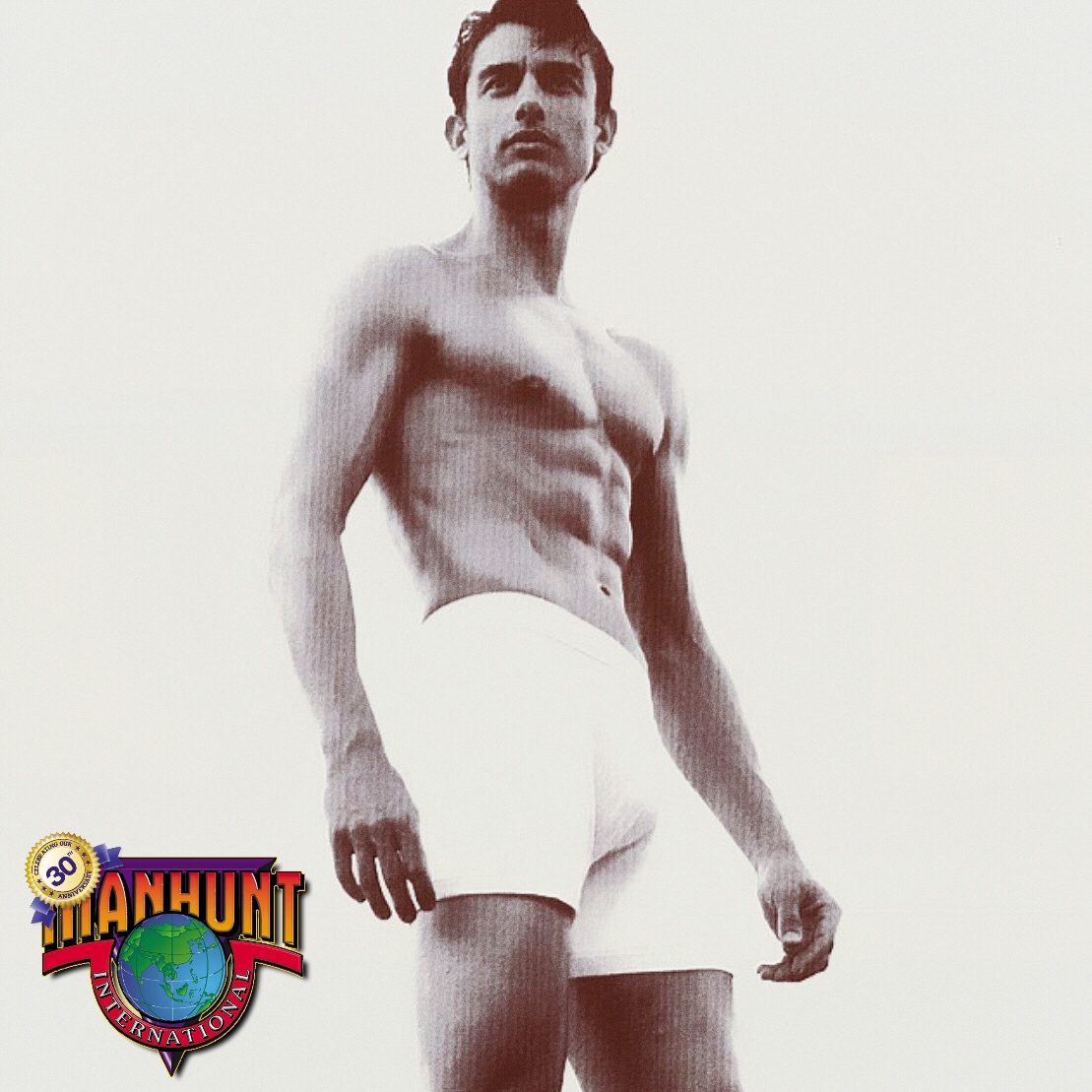 Haunting eyes, dashing good looks and a wonderful personality was what the judges saw in Jason Erceg when they voted for him to be the new Manhunt International 1997 winner.


Crowned on May 23, Friday evening at TCS TV theatre, Jason said in his final interview that in ten years he'd be working as a professional house builder and maintaining good relations with his family, friends and a network of business partners around the world.


Down-to-earth and easygoing, Jason is 27 years old and stands at 1.88m, lives in Auckland, New Zealand. He has visited many countries around the world as it is. With determination to succeed and modest guy next door looks, he has accomplished much in his building career around the World. One of his building projects includes work in designing and building top fashion designer Gianni Versace's holiday house in South Beach, Miami, USA.


No stranger to the modeling world, Jason has worked the high fashion runways of New York and appeared in countless television commercials in the States, UK, Korea and Hong Kong. He hopes to take South East Asia by storm.


With more travelling plans in mind as an ambassador at large, he hopes to promote Manhunt International's "Muscle with a Purpose" program and making a difference by helping underprivileged children and women around the world using his Manhunt International 1997 title.